This is a transition area where many species of plants and animals exist.  Although fiddler crabs are often seen feeding on mudflats at low tide, their burrows are located higher up in the marsh.

American Threesquare
Scientific Name: Scirpus sp.
Threesquare, also called chairmaker’s rush, is a member of the sedge family. Sedges resemble grasses, but can be distinguished by their stems, which are usually triangular. The seeds of three-square are eaten by ducks and other marsh birds.
Size: to 8 ft. (240 cm)

Black Needlerush
Scientific Name: Juncus roemerianus
Black needlerush inhabits the highest parts of the marsh, where salt water seldom reaches. Its common name alludes to the very dark green of its sharply pointed leaves. Like other rushes, this species has tubular leaves, in contrast with the flat leaves of grasses.
Size: 2 to 5 ft. (60 to 150 cm) 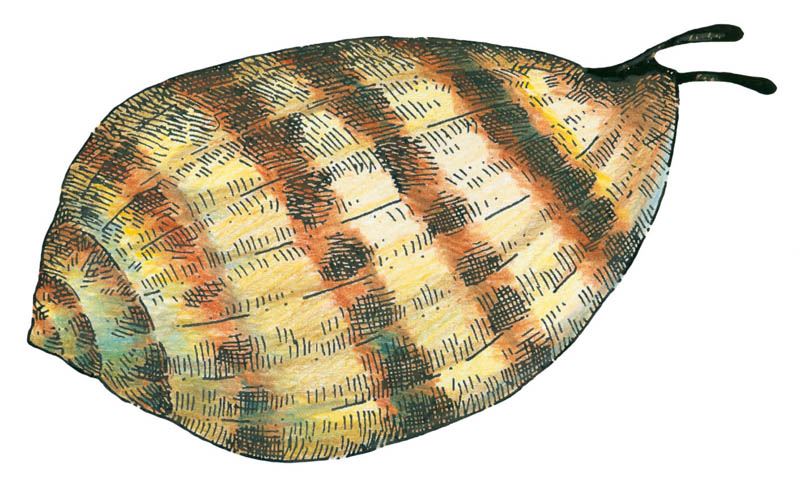 Saltmarsh Snail
Scientific Name: Melampus bidentatus
This snail clings in bunches on grass stalks and underneath decaying vegetation in the upper reaches of the marsh.  Because it breathes with lungs, not gills, the saltmarsh snail must remain above rising water. An internal biological clock, synchronized with the rhythm of the tides, cues the snail when to climb.
Size: 3/8 to ¾ in. (1 to 1.9 cm) 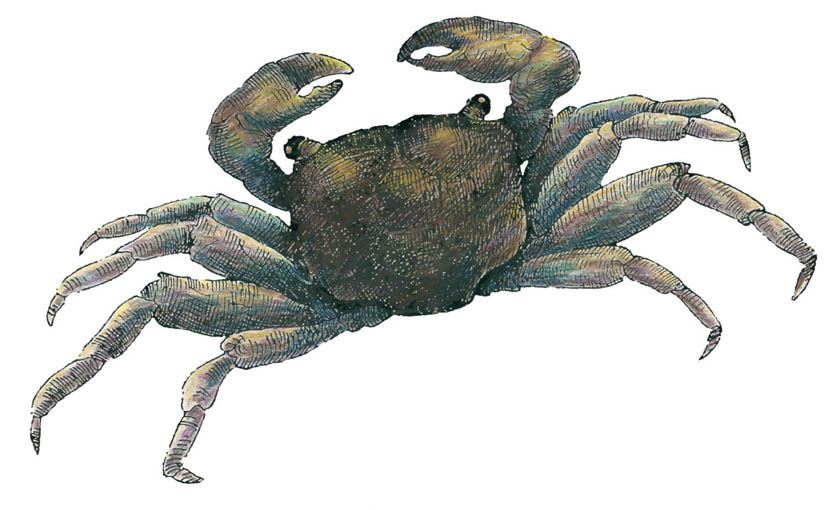 Marsh Crab
Scientific Name: Sesarma reticulatum
The marsh crab is herbivorous, emerging between tides from its rather large burrow in the mud to strip leaves from cordgrass.  It lives among fiddler crabs, but is easily distinguished by the placement of its eyes—on short stalks at the front corners of its square shell. The fiddler crab’s eye stalks are comparatively long and sprout from nearer the shell midline.
Size: 1.12 in. (2.8 cm) 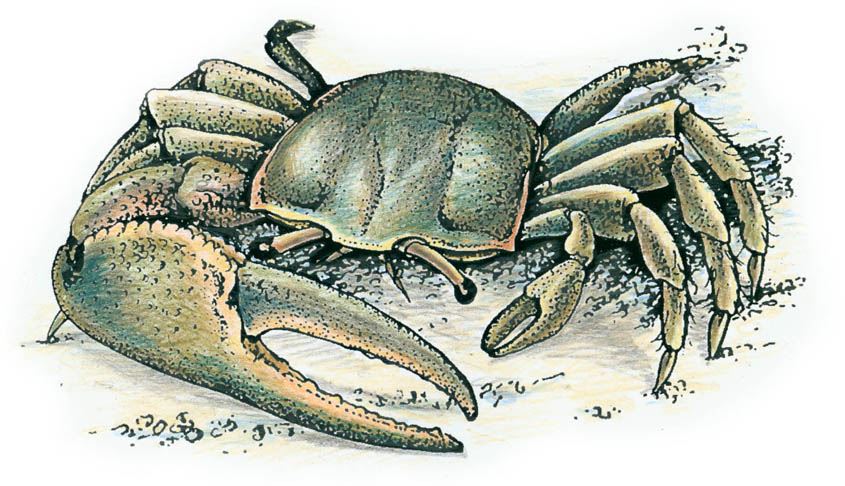 Fiddler Crabs (Red-jointed, Sand, and Marsh)
Scientific Name: Uca minax, Uca pugilator, Uca pugnax
Three species of fiddler crabs are found in the Chesapeake Bay, the largest and most common being the red-jointed fiddler. All are active by day and may be seen above the hightide line. Distinctive to these crabs is the one outsized claw of the male, which he waves in a “fiddling” motion to attract a mate. The female has small claws of equal size.
Size: 1.5 in. (3.8 cm)
fAMILY activities
cONCERTS,
eVENTS, cRUISES
clUBS
Museum Store
EDUCATION
/QuickLinks.aspx
[]