View our latest exhibit on Pirates of the Chesapeake! Gunpowder and Brackish Water: Pirates, Privateers, and Raiders is a temporary exhibit throughout the museum that details pirate activity along the Chesapeake Bay and it’s surrounding waters from the 17th – 20th century.  Learn what pirates looked like and the difference between pirates, privateers, and raiders! Click here to view an online version. 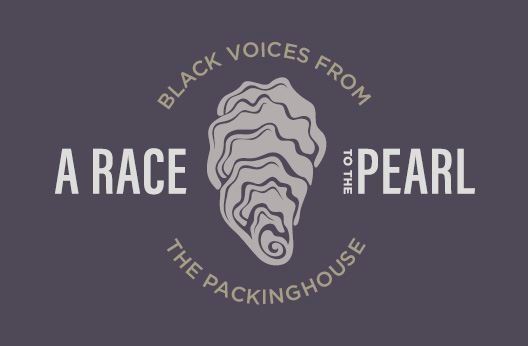 Oystering in the late 19th century, by today's standards, was a nasty business. African Americans and immigrants found they could pursue opportunities in the maritime trades that afforded some measure of autonomy and freedom from the challenges of discrimination they faced.

Packinghouses processed and moved oysters from bay to table and across the country. They were places with grime-stained concrete wall, slick wet floors, and the sting of tiny lacerations from razor-sharp oyster shell edges. Oysters were chucked, packed, and shipped in a wet, dark, and cold place, mainly by an African American workforce in Southern Maryland during the 20th century. Most workers started early in the morning and could toil up to 12 hours a day, six days a week. A packinghouse was also a place of community and opportunity where shuckers were paid based on their productivity.

Learn about the lives and experiences of these African American workers in packinghouses in Calvert and St. Mary's counties. Click here to download a digital version of the exhibit.

As the Calvert Marine Museum celebrates 50 years of education and research in paleontology, estuarine biology, and maritime history of the Chesapeake Bay region, we present an exhibit highlighting women who have made significant impacts in these fields in Calvert County, Southern Maryland, and the state. The exhibit also celebrates the 100th anniversary of the passage of the 19th Amendment, giving women the right to vote in the United States. From Margaret Brent to Margaret Dunkle, we invite you to share in the accomplishments and triumphs of Maryland women during this very important celebration of the 19th Amendment. Click here to download a digital version of the exhibit.
fAMILY activities
cONCERTS,
eVENTS, cRUISES
clUBS
Museum Store
EDUCATION
/QuickLinks.aspx
[]